We’re incredibly proud that two of our members will be taking on district roles next year. 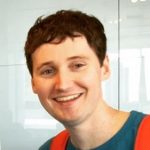 Current President Alastair Sharpe will be serving as Co-District Rotaract Representative (DRR) with current DRR Courtney Vlaanderen who is continuing on for a second term. Alastair attended DRR training in Melbourne a few weeks ago to learn about the role, as well as the district’s President Elect Preparation Seminar in Toowoomba to fly the flag for Rotaract. 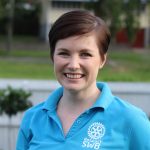 Charter President and Professional Development Director Emily Wood will be taking on the role of District Rotaract Chair, acting as the Rotarian liaison for the District Rotaract Committee. On that note, she’ll be (finally) transitioning to Rotary on 1 July 2018, joining the Rotary Club of Brisbane River City.